2:2 This is the Scripture in which there is no doubt, a guide for the righteous.

3:9 "Our Lord, You will gather the people for a Day in which there is no doubt; God does not break His appointment."

3:25 How shall it be when We gather them on the Day in which there is no doubt; and every soul shall receive what it has earned, and they will not be wronged.

4:87 God, there is no god but He. He will gather you for the Day of Resurrection in which there is no doubt. Who is more truthful in saying than God?

6:12 Say: "To whom is all that is in heavens and Earth?" Say: "To God." He has decreed mercy on Himself, that He will gather you to the Day of Resurrection in which there is no doubt. Those who have lost their souls, they do not believe.

10:37 This Qur'an could not have been produced without God, but it is to authenticate what is already present, and to give detail to the Scripture in which there is no doubt, from the Lord of the worlds.

17:99 Did they not see that God who has created the heavens and the Earth is able to create their like? And He has made an appointed time for them in which there is no doubt. But the wicked refuse anything except rejection.

18:21 And as such, We revealed their case so that they would know that God's promise is true and that there is no doubt regarding the Hour. They argued amongst themselves regarding them, so they said: "Erect a monument for them!" Their Lord is fully aware of them, those who managed to win the argument said: "We will construct a temple over them."

22:7 And the Hour is coming, there is no doubt in it, and God will resurrect those who are in the graves.

32:2 The sending down of this Scripture, without a doubt, from the Lord of the worlds.

40:59 Surely the Hour is coming, there is no doubt in it, but most people do not believe.

42:7 And thus We have inspired to you an Arabic compilation, so that you may warn the capital town and all around it, and to warn about the Day of Gathering that is inevitable. A group will be in Paradise, and a group in Hell.

45:26 Say: "God gives you life, then He puts you to death, then He will gather you to the Day of Resurrection, in which there is no doubt. But most people do not know."

45:32 And when it was said: "Surely God's promise is the truth, and there is no doubt about the coming of the Hour," you said: "We do not know what the Hour is! We are full of conjecture about it; we are not certain." 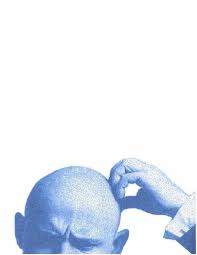 Email ThisBlogThis!Share to TwitterShare to FacebookShare to Pinterest
Labels: rayba