41:2 A revelation from the Gracious, Compassionate.
41:3 A BOOK (kitābun) whose SIGNS (ayatahu) are DETAILED (fussilat), a compilation in Arabic for a people who know.
17:12 We made the night and the day as two signs, so We erased the sign of night and We made the sign of day manifest, that you may seek bounty from your Lord, and that you may know the number of the years and the count. Everything We have EXPLAINED in DETAIL (fassalnahu tafsilan)
18:54 We have cited in this Quran EVERY (kulli) EXAMPLE (mathalin) for the people. But the human being is always most argumentative.
16:89 The day We send to every nation a witness against them from themselves, and We have brought you as a witness against these. We have sent down to you the BOOK (kitab) as a CLARIFICATION (tibyanan) for all things, a guide, mercy and good tidings for those who have peacefully surrendered.
12:111 In their stories is a lesson for the people of intelligence. It was not a NARRATION (hadithan) that was INVENTED (yuftara), but an authentication of what was already revealed and a DETAILING (watafsila) of ALL (kulli) THINGS (shayin), and a GUIDANCE (wahudan) and mercy (waraḥmatan) to a people who believe.
2:99 We have sent down to you CLEAR (bayyinatin) SIGNS (ayatin); only the evil ones would not appreciate them.
6:114 "Shall I seek OTHER THAN (afaghayra) God  (Allahi) as a JUDGE (hakaman) when He has SENT DOWN (anzala) to you this BOOK (kitab) EXPLAINED IN DETAIL (mufassalan)?" Those to whom We have given the book know it is sent down from your Lord with truth; so do not be of those who have doubt.
6:115 The WORD of your LORD (kalimatu rabbika) has been COMPLETED (watammat) with truth and justice; there is NO CHANGING (la mubaddila) HIS WORDS (likalimatihi). He is the Hearer, the Knower.
6:116 If you obey the majority of those on earth they will lead you away from God's path; that is because they follow CONJECTURE (l-zana), and that is because they only guess.
6:126 This is your LORD'S STRAIGHT PATH (siratu rabbika mustaqiman) . We have certainly DETAILED (fassalna) the signs (l-ayati) to a people who take heed.
7:52 And We have come to them with a BOOK (bikitabin) which We have EXPLAINED IN DETAIL (fassalna) with KNOWLEDGE (ilmin); a GUIDE (hudan) and a MERCY (rahmatan) to those who believe.
10:37 This Quran could not have been produced without God, but it is to authenticate what is already present, and to provide A DETAILED EXPLANATION (tafsila) to the book in which there is NO DOUBT (la rayba), from the Lord of the worlds.
17:89 We have EXPLAINED (sarrafna) to the people in this Quran of EVERY (kulli) EXAMPLE (mathalin), but most of the people refuse to be anything but ingrates!
18:54 We have EXPLAINED (sarrafna) in this Quran EVERY (kulli) EXAMPLE (mathalin) for the people. But the human being is always most ARGUMENTATIVE (jadalan).
11:1 A1L30R200. A book whose signs have been ascertained, then detailed, from One who is Wise, Ever-aware
Posted by BentoBoxUK at 12:36 No comments:

53:28 While they had no knowledge about this; they only followed conjecture. Conjecture is no substitute for the truth.

10:36 Most of them only follow conjecture. While conjecture does not avail against the truth in anything. God is knower of what they do.

Posted by BentoBoxUK at 05:35 No comments:

Email ThisBlogThis!Share to TwitterShare to FacebookShare to Pinterest
Labels: conjecture

6:80 His people argued with him. He said, "Do you argue with me regarding God, when He has guided me? I do not fear what you have set up except if my Lord wishes it so; my Lord encompasses all things with knowledge; will you not remember?"

8:6 They argue with you about the truth when it has been made clear; as if they were being herded towards death while they are watching!

16:125 Invite to the path of your Lord with wisdom and good advice, and argue with them in the best possible manner. Your Lord is fully aware of who is misguided from His path, and He is fully aware of the guided ones.

18:56 We do not send the messengers except as bearers of good news and warners. But those who reject will argue using falsehood to overshadow the truth with it. They took My signs and what they have been warned by as a joke!

22:3 Among the people there are those who argue regarding God without knowledge, and follow every rebellious devil.

22:8 From people are those who argue regarding God with no knowledge nor guidance nor an enlightening book.

29:46 Do not argue with the people of the book except in the best manner; except for those who are wicked amongst them; and say, "We acknowledge what was revealed to us and in what was revealed to you, and our god and your god is the same; to Him we peacefully surrender."

31:20 Did you not see that God has committed in your service everything in the heavens and the earth, and He has showered you with His blessings, both apparent and hidden? Yet from the people are some who argue about God without knowledge, without guidance, and without an enlightening book.

50:28 He said, "Do not argue with each other before Me, I have already presented you with My promise." 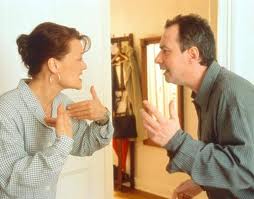 Posted by BentoBoxUK at 03:21 No comments:

Email ThisBlogThis!Share to TwitterShare to FacebookShare to Pinterest
Labels: argue 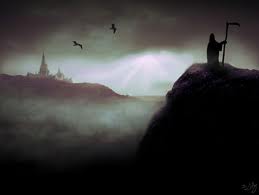 Posted by BentoBoxUK at 02:48 No comments:

Posted by BentoBoxUK at 01:41 No comments:

Email ThisBlogThis!Share to TwitterShare to FacebookShare to Pinterest
Labels: cancel your sins, forgiveness for sins, remit your sins, removal of sins, repentance, sins, your sins

Email ThisBlogThis!Share to TwitterShare to FacebookShare to Pinterest
Labels: defame

23:97 And say: “O my Sustainer! I seek refuge with Thee from the promptings (hamazāti - suggestions) of all evil impulses;58

104:1 WOE unto every slanderer (humazatin - slanderer), fault-finder (lumazatin - back-biter)!1
49:12 O you who have attained to faith! Avoid most guesswork (l-ẓani - assumption)  [about one another]14 for, behold, some of [such] guesswork is [in itself] a sin; and do not spy (tajassasū - spy) upon one another, and neither allow your­selves to speak ill of one another behind your backs (yaghtab - backbite) . Would any of you like to eat the flesh of his dead brother? Nay, you would loathe it! And be conscious of God. Verily, God is an accep­tor of repentance, a dispenser of grace!
4:20 But if you desire to give up a wife and to take another in her stead, do not take away anything of what you have given the first one, however much it may have been.21 Would you, perchance, take it away by slandering (buh'tānan - slander) her and thus committing a manifest sin?22
4:112 But he who commits a fault or a sin and then throws the blame therefore on an innocent person, burdens himself with the guilt of calumny (buh'tānan - slander) and [yet another] flagrant sin.
4:156 and for their refusal to acknowledge the truth, and the awesome calumny (buh'tānan - slander) which they utter against Mary,170
24:16 And [once again]: Why do you not say, whenever you hear such [a rumour], “It does not behove us to speak of this, O Thou who art limitless in Thy glory: this is an awesome calumny" (buh'tānun - slander) ?19
60:12 O Prophet! Whenever believing women come unto thee to pledge their allegiance to thee,18 [pledging] that [henceforth] they would not ascribe divinity, in any way, to aught but God, and would not steal,19 and would not commit adultery, and would not kill their children,20 and would not indulge in slander (bibuh'tānin - slander) , falsely devising it out of nothingness:21 and would not disobey thee in anything [that thou declarest to be] right - then accept their pledge of allegiance, and pray to God to forgive them their [past] sins: for, behold, God is much-forgiving, a dispenser of grace.
9:12 But if they break their solemn pledges after having concluded a covenant,18 and revile (waṭaʿanū - defame) your religion, then fight against these archetypes of faithlessness19 who, behold, have no [regard for their own] pledges, so that they might desist [from aggression].
9:58 Some of them are those who criticize (yalmizuka - criticize)  you regarding the charities. If they are given from it, they are content; but if they are not given from it, they become enraged!
9:79 [It is these hypocrites] who find fault (yalmizūna - criticize)  with such of the believers as give for the sake of God107 more than they are duty-bound to give, as well as with, such as find nothing [to give] beyond [the meagre fruits of] their toil, and who scoff at them [all].108 God will cause their scoffing to rebound on themselves.109 and grievous suffering awaits them.
49:11 O YOU who have attained to faith! No men shall deride [other] men: it may well be that those [whom they deride] are better than themselves; and no women [shall deride other] women: it may well be that those [whom they deride] are better than them­selves.12 And neither shall you defame one another (talmizū - insult) , nor insult one another by [opprobrious] epithets: evil is all imputation of iniquity after [one has attained to] faith;13 and they who [become guilty thereof and] do not repent - it is they, they who are evildoers!

Posted by BentoBoxUK at 04:35 No comments:

Search God does not love + self-conceit

Search God does not love + exult


Search God does not love + evildoers